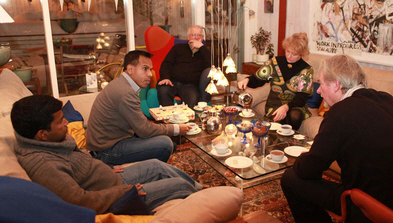 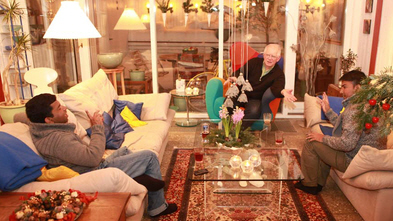 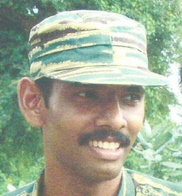 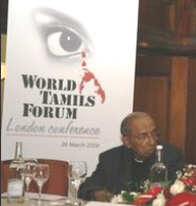 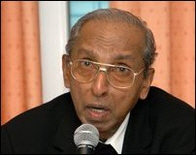 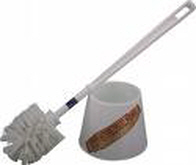 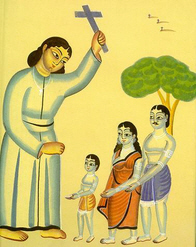 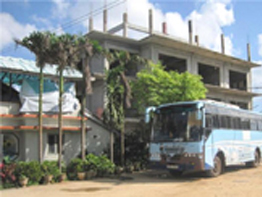 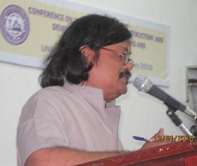 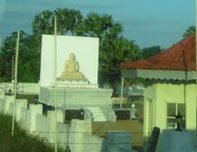 Future of Tourism and Hospitality Industry in North and East : Tarrin Constantine

Conference on Rehabilitation, Reconstruction & Development of the Tamil Areas and the Role of Diaspora By Tarrin Constantine

Organised tourism was institutionalised in Sri Lanka in 1966 and since then it has seen a rapid growth. This growth is in spite of 40 years of violence and communal unrest in the country, at certain time reaching its peak level. Further, the industry has gonethrough a setback in the aftermath of the Tsunami (2004) in the year 2005; however it got recouped within a short span of time. The year 2004 has witnessed the highest tourist arrivals of 566,202 and contributing USD 416 million to the economy. At that time the industry had direct and indirect employment of 112,000 people. In the years 2007 and 2008 there has been a sharp decline in arrival of 494,008 and 438,475 respectively. The decline is mainly due to the internal war in the country and the Global economic slump. Total arrivals of the year 2009 are expected to be around 439,000.

However, as would be evident from the above Table, the decline of 11.2% in tourist arrival during 2008/ 2009 in spite of Global economic downtrend and the country in a war footing is a positive sign.

On the basis of research carried out by the Sri Lanka Tourism Promotions Bureau and the World Tourism Organisation (WTO), it is very clear that Sri Lanka has a long way to go to tap its full potential. Therefore it is vital that politicians and academics from the North East area should give the utmost priority in developing the area into a desired destination for tourists.

What we have to offer

Sri Lanka, apart from being gifted with diversity of attraction which only a few countries could match with its uniqueness, is one of the very few which can fit in the ‘attraction diversity criterion’ with 65,525 sq km.

With regards to North and East it should specifically initiate some programmes to attract the tourists. For instance, vast areas of desert in major countries were turned in desired destinations for tourists (e.g.: Tunisia, Egypt). Tourists travel hundred of miles to arrive at some destinations. I do not have much knowledge about the Eastern province, hence explored some concepts for the other provinces. When a concept is developed it is always better to schedule during holidays and other major events of the country such as:

It is also important to take into consideration that any tourism and hospitality industry will not succeed without well trained and motivated staff in the industry. Provincial bodies should encourage private investment to open hotels in Northern and Eastern provinces. Government help can also be sought to start tourist related courses in these provinces. Sri Lanka Institute of Tourism & Hotel Management can venture into such activities.

Market should be developed to capture both kinds of customers.

In the South, Esala Perahara, Navam Perahara, Kelenyia Duruthu Perehara, Singhala New Year, Vesak Poya Celebration and Sri Pada Pilgrimage are some cultural activities that attract tourists and promotions in that respect is carried out Worldwide. It is important that we identify such events and carryout promotion in order to attract tourist. It will also help us to preserve our cultural identity. It will also project as a show case for our cultural enhancement.

For example we cannot expect the pleasure tourists to stay in Jaffna over 7 days. Therefore 4-7 night guests are a vital market.  Therefore stay plan should be developed keeping this duration of stay in mind.

Market Segment- Where we stand

The following are the top ten countries generating markets in this sector for Sri Lanka. As would be seen from the Table, India has overtaken UK as the major market for Sri Lanka over the past 3/ 4 years.

North and East have a unique advantage of attracting Diaspora community, as their desired tourist destination. This can be an easy market if it could be tapped. It is important that any marketing has to be completely out of any political or any other influence.

At present North and East have no representation at all and it is completely understandable. However, future should be different.

Created to promote rapid economic development, through the development of foreign tourism, the Ceylon Tourist Board (CTB) was a statutory body that allowed greater freedom in decision making and flexibility in financial management.

The Ceylon Hotels Corporation was a Joint Stock Company with public and private sector involvement. It was intended to be the commercial arm of the Government for the purpose of developing accommodation and other facilities for tourists.

The Tourist Development Act, enacted in 1968, allowed the Ceylon Tourist Board to obtain prime land and private land (through compensation) for development purposes. Lending institutions advancing money for tourist development and construction programmes were given guarantees for securing their credits. The legislation also covered the establishment of a national holiday resort company, which planned various types of accommodation and resort areas. Moreover it included the setting up of an authority under the Tourist Board to mange and administer each resort. The Act conferred powers for the Protection of Highways and Places of Scenic Beauty and vested authority in the Ceylon Tourist Board for the Registration and Classification of Tourist Hotels and all other tourist services including travel agencies. The Tourist Development Act of 1968 provided the Ceylon Tourist Board with the statutory authority to develop tourism on a planned and controlled basis.

Within these structures The Sri Lanka Tourism Development Authority (SLTDA) is the most operational aspect. Within SLTDA there are important projects where North and Eastern provinces should actively participate. These projects are as follows:

It is important that provincial administrators and politicians are getting involved to make sure that the North and East interests are well represented by experienced and capable professionals.

Tourism requires a good infrastructure. There are so many examples in the world where countries are suffering without proper infrastructure to attract the tourists.  When the destination becomes popular more people want to visit the country. In return demand for travel will increase resulting in higher airfare. Then this will resent in catch 22 situations, whereby visitors demand increases and the flights decline. This is more common in small islands (e.g: Cyprus, Sri Lanka). Currently 99.9% of the people visiting Sri Lanka get into the country by air travel. SLTDA has set a target of reaching 2.5 Million tourists by the year 2016. This is 8.6 times over the current capacity. On the other hand environmental policies are getting stretched day by day resulting in more restriction on air travel. Therefore Sri Lankan target of 2.5 Million will become impossible as days go by. In such a situation, sea points have to be open up to meet such targets.

With India in the top of the market for tourists in Sri Lanka, the possibility of opening sea points- in the North and East will be one option for consideration. Therefore it is important that Tamil areas should take the full advantage of this new trend

It is very important to make a balance of market economy with the social and the cultural environment of the region. Market should not be allowed to dictate the inhabitants of the land. There are many countries in the world where tourists exploit the natives beyond anyone could imagine. It is all covered up by the instructions in order to maintain the reputation of the country. Tourism is the industry that offers service. In many countries the concept of service is extended to child sex, prostitution, drugs and other inhuman activities.

Sri Lanka is not an exception. In Sri Lanka an estimated 36,000 children are believed to be victims of prostitution, according to a study by UNICEF in 1998. An NGO, PEACE operating in Sri Lanka, estimates that 10,000 children, especially boys, may be involved in child sex tourism. Sri Lanka has a number of laws on child protection and the prevention of child abuse, including having ratified the United Nations Convention on the Rights of the Child (CRC) in 1991. In 2002, the Optional Protocol to the CRC on the Sale of Children, Child Prostitution and Child Pornography was signed and the ILO Convention 182 on the Worst Forms of Child Labour ratified. Economical reality and day to day hardship had overtaken the implementation of it in the land. Therefore it is important that tourists and hospitality industry should grow under closer cooperation and network with several organisations. Tourism industry dictated by market will distract the community.

The future economy of Sri Lanka is dependent on tourism for many resources unique to Sri Lanka. Potentials still remain to be explored. Reconstructing Tourism industry would be crucial to uplift the Sri Lankan economy. As the Sri Lanka government seeks foreign investment, foreign entrepreneurs should invest in major projects including tourist industry.

Sri Lanka has named 2011 as “Visit Sri Lanka Year” by doubling the number of foreign tourists to one million. President Mahinda Rajapaksa has given his personal utmost to this project. Therefore it is vital that government takes into full advantage the potential of tourist industry in Sri Lanka, formulate and implement a comprehensive and coordinated programme which will be resistant to all political stereotypes and enhance the life of natives. 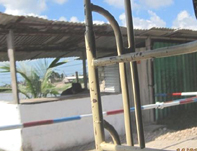 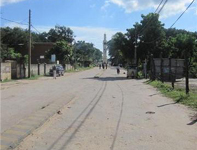 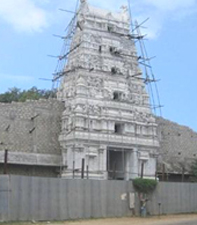 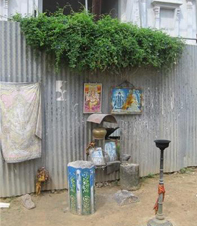 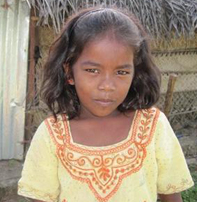 Little Aid is pleased to confirm that it has successfully completed the music project that it started with the ex combatants (child soldiers), who were the victims of war in Sri Lanka. Little Aid initially met these children when they were kept in Ambepusse Rehabilitation Centre, in between Colombo and Kandy in Sri Lanka. During this visit some of the children were specifically asking to provide them with facilities to learn modern music and also religious education. Little Aid promised them to provide these facilities at the earliest convenient time.

Little Aid is one of the few charities who have access to most of the locations where the surrendered soldiers and the civilians were kept. Initial sets of musical instruments were handed over to the children on 22nd July 2009 in Ambepusse. On 15th November 09 this centre was moved to Ratmalana Hindu College in order for the children to commence their formal education. Due to their special needs, these children are kept in a separate location within Ratmalana Hindu College and looked after. Little Aid have been given full access to these children and we can confirm that they are happy and well looked after.

With the help of Commissioner of Rehabilitation, Major General Daya Rathnayaka, we supplied the second and final set of musical instruments on 22nd December 2009. Commissioner General Daya Rathnayaka was the guest of honour on that Little Aid event. Little Aid was represented by Mr. Mark Fernando and Dr. Nimal Kariyawasam. From the attached YouTube clip, you can see the progress of the children who are capable of playing the modern instruments to the reasonable standards within a very short period of time.

We are also in touch with the very well known Sri Lankan cinema musician, Mr. Mohan Raj. Mr. Mohan Raj has agreed to guide these children and select some of them and provide them with an opportunity to perform to a larger public. As you may know, Mr. Mohan Raj is the leading classical singer in Sri Lankan who is capable in singing in both Singhalese and Tamil languages.

We herewith attached the video clip of the event held on 22nd December 2009 at Ratmalana Hindu College. Total cost of this project is £3196. You can inspect the full up-to-date income and expenditure accounts on www.littleaid.org.uk. We sincerely thank all the people who have contributed to this project. We would be very grateful if you could give exposure in your publication for the Little Aid work in Sri Lanka.

We wish you all happy & Prosperous New Year